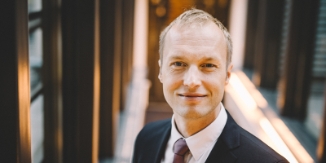 In some ways, stock market behavior in January had a familiar feel to it.

Of course, there were new variations on old phenomena – such as a short squeeze in a heavily shorted share in the US, the new twist being that the squeeze was instigated by a subreddit community. In the same vein, and related to the short squeeze in Gamestop, some hedge funds got in trouble, which lead to position unwinding in other investments - which of course lead to increased volatility. Closer to home, the redditors at r/wallstreetbets also took a shine on Nokia, but in the absence of a large short base, no Gamestop-scale quakes ensued.

Overall, global stock markets took a slight step down in January, with broad European and US indices negative for the month. Finnish smaller cap companies, however, were up for January.

But to the point of familiarity in stock market behavior: it often seems that, come January, a portfolio that worked well in the latter part of the previous year starts to lag the market. Stocks that underperformed the previous year (or longer) are suddenly bid up in the market, and investors’ focus shifts to whatever is the new consensus theme (looks like it’s the reflation trade this time around). Our portfolio did very well especially during the latter half of 2020, but in January 2021… not so much. In our experience, the January dash-for-trash usually evens out by March.

The fund underperformed the benchmark index in January. Relative performance was hurt the most by our overweights in Talenom (stock giving up some gains after end-of-year sprint) and Admicom (’21 guidance disappointed). Biggest contributors to relative performance were QT Group (positive profit warning) and underweight in Finnair (no major news). In January, we exited our position in Huhtamäki. Uponor is a new position.