Evli Japan Fund is an equity fund that invests its assets primarily in Japanese companies. The Fund’s investment strategy emphasizes underpriced companies that generate cash flow and have strong debt coverage. The fund is not subject to restrictions concerning index or sector. 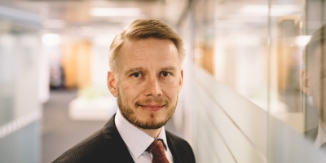 The aim is to earn a return which, in the long term exceeds the return of the benchmark index.

As the fund's assets are invested in equities or equity-linked securities, the fund unit value can fluctuate significantly within a short period. The fund's investments carry an exchange rate risk.

By sector, the positive return differential was mainly due to stock selection in communication services and materials. Selection in health care weakened the return differential somewhat. The net effect of sector weights on the return differential was almost neutral, as the negative effects of an underweight in health care and an overweight in communication services were cancelled out by the positive effects of many other sector weights. By stock, the top attributors were Marvelous, JCU, and Nexon. The most negative attribution effects came from Daiichi Sankyo missing from the portfolio and from our investments in Fujifilm and NTT Docomo.

Despite the market turmoil caused by the coronavirus, we have continued to systematically implement our investment process. From the end of February to the end of May, we exited 4 positions, while 39 positions remained the same. Compared to the early part of the year, our stock selection resulted in somewhat reduced weights in the fund’s significant small cap and industrials positions.